If you knew then what you know now, what could you have done to be a better leader?

When your classmates include a two-term governor, a U.S. Senator, CEOs and board chairs of Fortune 500 companies, and countless heads of nonprofit, volunteer, and educational organizations, extraordinary leadership qualities seem to be par for the course.

But, as Harvard Business School's Class of 1963 found out, being a leader and being an effective leader are two different things. Now at the stage of their lives when expressing some self-doubt and flaws is not a career-limiting move, the Harvard grads are surprisingly candid about where their leadership skills fell short.

They cite their inability to delegate, their lack of humility, their willingness to be too patient, and — in the case of one grad — a deficit of ego and charisma.

The leadership role for many was thrust upon them before they were even dimly prepared to take it on. The undeniable lesson is that leadership is not a birthright or a gift, but a skill developed and finessed with practice over many years.

The greater moral of this story is that self-awareness and a humble demeanor can serve a leader well. As one Harvard grad said so simply, yet powerfully, “I would have been a better leader if I had been less cocky in my early career, and more confident in my middle career.”

Leadership, in my opinion, is getting others to do what you think should be done but have it be their idea.

I would have been a better leader if I had been less cocky in my early career and more confident in my middle career.

I could have been a better leader if I’d left line responsibilities earlier and spent more time thinking about strategy to compete successfully.

While the Harvard Business School was not a leadership course, it has been a source of inspiration and a valuable resource for everyone in business by teaching the value of preparation, the ability to think, and express ideas clearly and objectively.

The Marine Corps, on the other hand, was on-the-job leadership training that forced the education of all its officers and trained them to accept the responsibility to lead a large number of others.

What excited me about this experience was the necessity of getting things done through others, and gaining their trust and commitment to succeed in every mission we undertook together. All of us learned the power of a group of talented, well-trained individuals in attaining an objective where each one knew his role and executed it flawlessly.

It’s no different in the business world than in the military. Well-prepared, well-educated, well-motivated individuals perform well in every part of life.

Delegate more to trusted associates and don’t try to do everything yourself. Business should be more of a partnership, rather than master and employee.

Leading by example is by far the most important characteristic of a good leader. Being decisive, firm but fair, and setting well defined goals for yourself and others are also very important.

Every successful leader must articulate a clear vision in a way that everyone in the corporation understands. But that’s just the start.

Integrity and candor in dealing with your management team, employees, and investors, together with treating customers and your community fairly and with that same degree of integrity, is to me the real key to leadership. There is little need to take credit for success. It will flow naturally if it’s really earned.

That was a key take-away message from my years at the Harvard Business School. Unfortunately, I feel its importance has been diluted in recent years, as too much emphasis is placed on “creating shareholder value” as the principal measure of a successful leader. 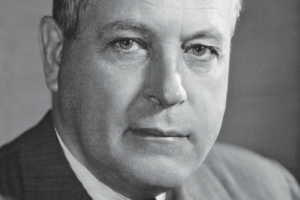 George P. Baker was the dean of Harvard Business School during the 1960s. He was a leading authority on transportation and the organization of business and government.

Hire people better than you and give them support and the freedom to thrive.

The best leaders I’ve seen have been as or more knowledgeable than anyone else about the business and the environment in which it operates. They have a clear vision they can communicate to others, and they make decisions easily.

On a personal level they are easy-going, don’t take themselves too seriously, admit their mistakes, and are quick to give others credit. They have high standards, clearly articulated, to which they hold their people.

A successful leader maintains an image at all times. People are following you, and you need to always be out in front for them.

A good leader must manage the present in the context of the future, and keep both balls in the air. He needs to be a coach, a leader, an inspirer, and a taskmaster. He must respect his people. He has to trust and mistrust — trust but verify — at the same time (sort of a blend of several forms of managerial schizophrenia).

Successful leaders seem to have several common characteristics. Most of all, they really know the business and the environment in which it exists. They are often good spokesmen (or women) and, most important, they seem to enable people and help them perform.

Really good leaders are rare. A business can become successful if it focuses on delivering exceptional performance to clients.

Making a lot of money for the shareholders is not an inspiring goal — achieving excellence can be. 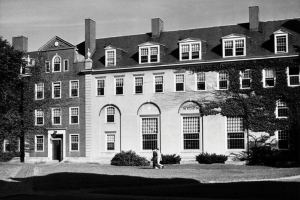 This question was asked the last day at the Harvard Business School 50 years ago, and I still have no other answer than “Set an example.”

Successful leaders come in all shapes and sizes. The main characteristic is getting the job done. Getting the most out of people is important. Be who you are and stand by your principles.

A successful leader must be a champion delegator. I wish I had spent more time mastering this all-important skill.

I personally believe that a certain amount of circumspection and even some humility are wonderful traits in a successful leader.

I believe the essential characteristics of leadership blend specific knowledge and analytical skill, genuine communication, a willingness to consider possibilities, and the courage to decide and act.

In both my major corporate experiences and almost two decades of small business ownership, I too often failed to acknowledge the 90% positive level of employee performance, mentioning instead the 10% we might have done better. The need to affirm and genuinely express both achievement and opportunity for improvement among employees was certainly well taught in Harvard Business School classes. A better adherence to those lessons would have made me a better leader.

Be a listener — listen more than you talk. Think before you act. Be strategic rather than tactical. Never lose sight of the importance of continuously strengthening your organization.

To be a good leader: 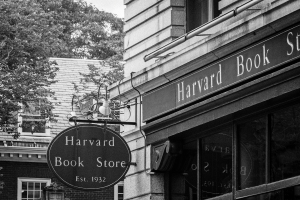 The Harvard Book Store is a locally owned and independent shop that has served as Harvard Square’s landmark bookseller since 1932. Photo: Tim Sackton

The successful leaders I saw were genuine people with excellent communication skills, strategic vision, and the ability to motivate others. They were thoughtful and a good source of talent. They also had an egalitarian leadership style, a positive attitude and high energy.

I learned this at the Harvard Business School: Listen, learn, lead. I learned this through experience: Give credit, honest feedback, and professional enrichment. Set high standards and get rid of those who do not measure up, so you lead an elite corps who take pride in their work.

To be a better leader, I could have developed greater ego and personal charisma.

My biggest failures as a leader were probably being to be too averse to controversy, too unwilling to take the harder short-term road to reap the greater long-term success, and leaving failing subordinates in place too long.

Qualities of a good leader: Sharing a vision and passion for success, being a good listener, and accepting and acting on the considered advice of others. But most important, finding and developing a team of people who can carry out my role better than I could myself.

Successful leaders care about those they lead and show it with their praise, faith in others, and sharing monetary success.

A leader must have a charismatic energy that empowers him or her to convince others to follow a particular vision. This includes having excellent communication skills and a warmth of personality that makes people want to please the leader and fulfill his or her expectations.

Leadership depends greatly on one’s personality. It requires the ability to get others to participate. Not everyone can do this. I prefer to work “behind the scenes” in getting things done — analyzing all the components of a project and seeing that they’re all dealt with, even if I have to do them. 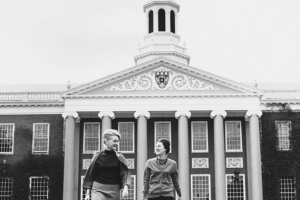 The women members of the Class of 1963 were the last participants in the Harvard-Radcliffe Program in Business Administration. The next year, women were directly admitted to the full MBA program at Harvard Business School. These first-year students were from that inaugural class.

Listen.
Be a good role model.
Do your homework.
Delegate.
Praise others’ efforts.

To be a better leader, I’d have had more of the above — especially impatience.